Our einkorn snickerdoodles cookie recipe is positively intoxicating! The directions are straightforward and your home will smell like a cinnamon and sugar nirvana. These cookies taste great on their own, or with a giant scoop of French vanilla ice cream.

Snickerdoodles are similar to sugar cookies, but really stand out with their cinnamon sugar coating, crispy edges and chewy interior. They’re so dreamy, and even if you’re partial to oatmeal raisin or traditional chocolate chip, we’re willing to bet you can’t eat just one of these delightful treats.

If you’re not used to cooking with cream of tartar, its most common use is to stabilize beaten egg whites by acting as a ‘volumizer.’ It also makes dough more tolerant to heat. If you see any cookie recipe prepared with cream of tartar, it’s because of the eggs. Something else to note: Cream of tartar is only good for about two years; after that, you’ll find yourself with hard snickerdoodles—and no one wants that! 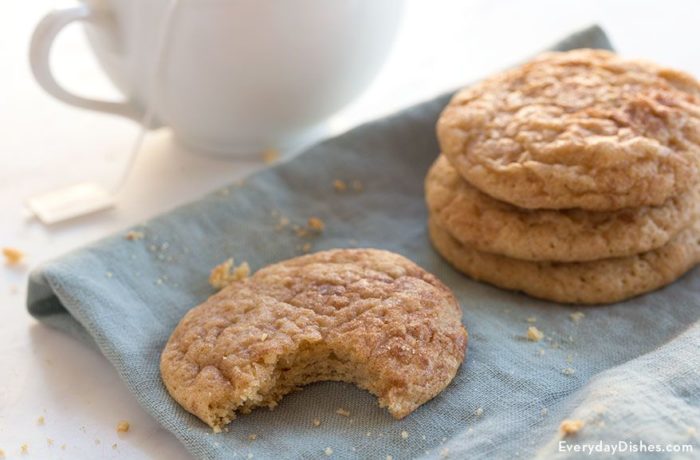 Prep Time: 15 mins
Cook Time: 10 mins
Total Time: 25 mins
Einkorn snickerdoodles are one of the best cookies on the planet—try this one of a kind, easy 30-minute recipe!
Print Recipe